BMW machines the most fun you can have on two wheels 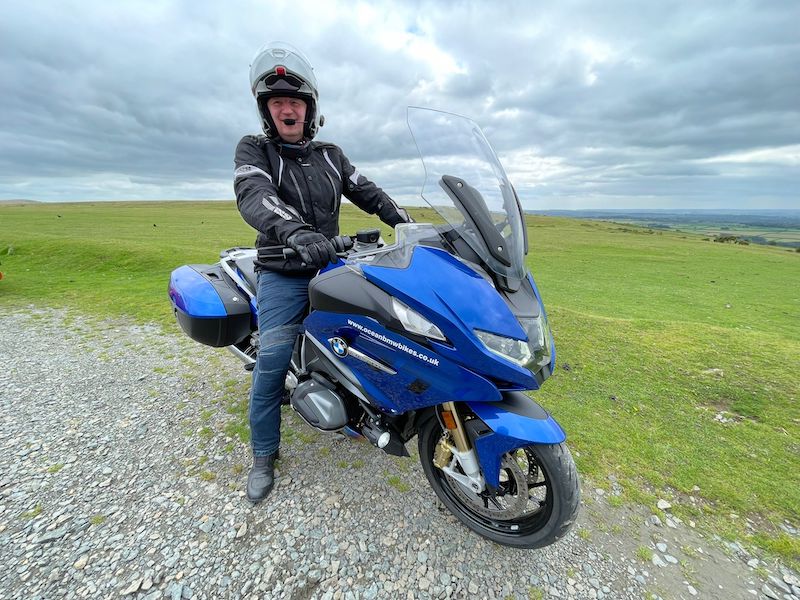 As a recently born-again biker I took a lot of convincing to get back in the saddle, but my good friend Paul Fennessy persuaded me and I’m so glad he did.

Together we have toured France, Andorra and Spain, completed our advanced motorcycle tests and have our eyes set on a Moroccan motorcycle adventure.

Paul is a fan of the adventure bike – something rugged, robust and able to climb Kilimanjaro. I on the other hand, while not averse to a bit of dusty dirt track, am more into the refined speed and power of a touring machine.

So, when the lovely people at Ocean BMW offered us the chance to ride two new 1250cc machines – one the ubiquitous GS that has become the benchmark for adventure bikes, and the other its touring cousin the refined RT – I knew just who I would ask to join me for the test ride.

I think Paul agreed before I had finished the question…

We arrived at Ocean and, after the obligatory coffee and bacon bap, the Motorrad team rolled out both bikes and gave us a thorough handover.

Paul headed for the GS and started making the sort of admiring grunting noises that engineering types make when examining machinery that looks like it could survive a head on collision with a hippo.

I made for the sleek looking RT and marvelled at the machine that comes with more accessories than a Swiss Army knife and more extras than a Star Wars movie.

I’ll leave Paul to tell you about the boxer engine and all the mechanical stuff that gets him excited, and I will focus on my bike.

PF: The engine is what makes both of these bikes. While other manufacturers have added extra cylinders and complications, BMW – who got it right first-time with this flat twin – have stuck to their principles. Over time it’s got more displacement, refinement, efficiency and grunt.

The latest innovation is the ShiftCam head. If you’re happy to accept it’s just better, then move on to the next paragraph, but if you want the nuts and bolts, it’s a very clever system by which the amount of valve lift can be changed by selecting a different cam lobe for low power or high power scenarios.

A worm drive on the end of the cam slides the whole cam sideways to put a different set of lobes over the valves, enabling the engine to breathe deeper when it’s running hard. A bit like Stuart. The rider doesn’t need to get involved, the bike just does it. And it works.

SE: Yeeees. Thanks, Paul, so it’s got an engine. Great. Let’s talk about what they are like as bikes though…

I admit to being a bit intimidated by the size of the bike, but in fact the moment I sat on it I felt completely at home. In fact, let’s just talk about comfort and practicality here. How have I coped before without heated seats, heated grips and an electrically adjustable windscreen? The RT has everything a modern BMW car has, including adaptive cruise control and hill-start control.

PF: That’s all very nice, but you have managed without a lot of that. For me a motorbike is about going places your car can’t.

I’ll concede your RT won’t give you piles after seven hours on the Autobahn but I don’t want to ride my bike on the Autobahn, I want to romp up gravelly Pyrenean mountain passes on it. This GS will do that before breakfast and still charge back up the Autoroute to Brittany Ferries after I’ve had my croissant.

SE:  Whatever, mate, this is the 21st Century and we have roads and electricity and everything.

Turning the machine on with the push of a button, the 10.25-inch display screen comes alive, and using the multi-function controls on the left grip you can adjust… well, everything I think! From the road, rain, dynamic and eco riding modes to the level of traction control or engine braking, the suspension that senses the load on the bike (such as if you are carrying a pillion and luggage) or the braking or the navigation system, it’s all quite literally at your fingertips.

PF: We’ve spent all this time and effort learning how to be Advanced Motorcyclists and you want to let a computer take all your fun away! Besides, the GS has all that clever stuff, too, and I reckon in the off-road environment it’ll be working much harder to keep you shiny side up

SE: Yes, Paul, that is all well and good but the RT looks beautiful. The new model has a slimmer and sleeker front end but retains a purposeful presence. This is a machine that looks like it does what it has been designed to do and that is cross continents with ease.

PF: Yes, no doubt it’s an elegant machine. The GS looks like it does because it’s evolved that shape through millions of miles of rider abuse over mud, sand and tarmac. This bike hasn’t conceded any of its indestructible qualities in the interests of vanity.

You could jump on a factory fresh GS at Ocean’s showroom and ride it to Johannesburg and all you’d need to do is put petrol in it and wipe the bugs off the headlight once a day.

SE: That’s true of both bikes I think. Despite being initially intimidated by the size of this bike, the moment I pulled away that was completely dispelled. Within minutes I was filtering through traffic, doing a U-turn on a sixpence and generally feeling completely in control and at home. This is a bike that makes you feel secure and safe with enough feedback to make you feel fully engaged.

PF: Same with the GS… Both of these bikes really outshine others I’ve ridden recently in terms of handling by keeping the weight down and keeping what weight is necessary, low down. There is an expression in engineering that a tool designed to do more than one job will do both badly.

There are a few exceptions, but it takes some pretty brilliant design to achieve. BMW has somehow managed to make two very big bikes feel light and nimble, in a way that really surprised me.

SE: Thanks, Paul, but I notice you forgot to mention that when we met with Amanda Keetley from Devon Environment Foundation at Torcross, she voted the RT the best looking bike of the two?

PF: Perhaps that’s because I was sitting on it at the time. I get it that some people will want a bike that looks pretty. I want a bike that can deliver on its promises. A couple of snorty overtakes up the hill from Slapton towards Dartmouth convinced me that the GS isn’t just about weapons-grade construction. It’s got ability, too.

I liked the GS but didn’t want to admit it. I didn’t realise it but Paul was having similar feelings about the RT. Eventually the silence was broken by Paul.

PF: At the start of the test I knew the GS was going to be brilliant, which of course it was. The RT however was actually the bike that impressed me the most. I was expecting a heavy lump of a bike, overloaded with frills but it’s not.

SE: I had to admit my feelings, too: “This GS is amazing. The torque is incredible, the ride is comfortable and it is a very usable machine. Not at all the sit-up-high agricultural tractor I expected.” Paul told me that BMW says the GS is the only bike you will ever need – and I can see why.  It does everything really well. I have to say I am very torn.

We retired for a cup of tea and a period of reflection to discuss such weighty philosophical questions as, “Does the perfect bike exist?”, and if so, “Which colour GS would you buy?”

It is definitely horses for courses. There is no doubt that the GS has earned its reputation as the definitive adventure bike and it would be perfect for our forthcoming Moroccan sojourn to the dusty desert, able to take dunes, dirt and mountains in its stride.

But we’ve got to get there first and if you want a machine that will take two-up swiftly across Europe in comfort and style with more luggage space than a jumbo jet, you definitely need the RT.

That is when it dawned on us. We want one of each. 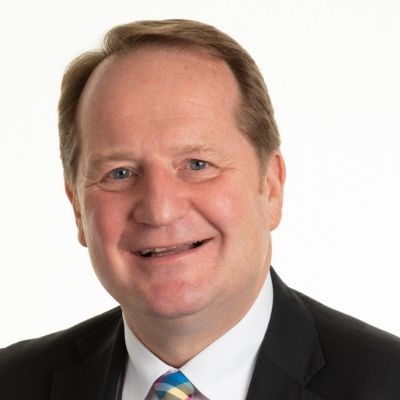