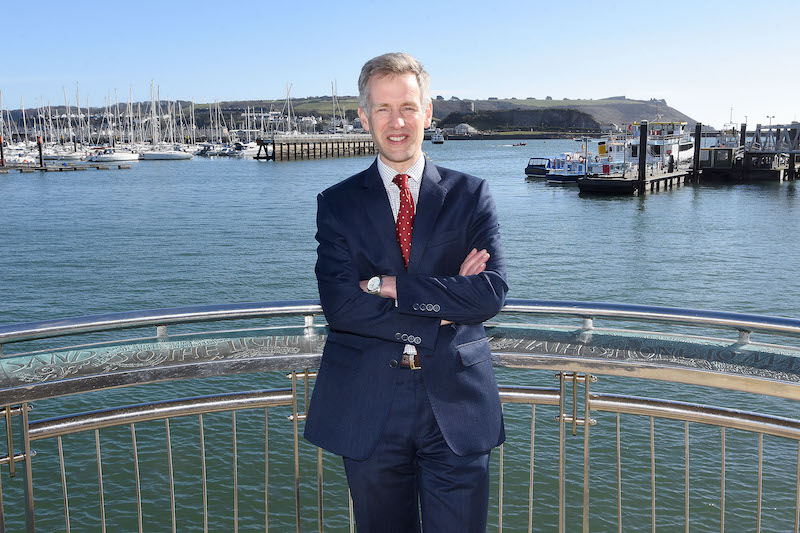 The board of Destination Plymouth, chaired by Adrian Vinken CBE, has expressed their thanks and appreciation to outgoing Chief Executive Charles Hackett as he steps down from his role.

Charles joined Mayflower 400 and Destination Plymouth in late 2016 and over the past five years has worked tirelessly to lead the organisation, bringing together a strong partnership to deliver the Mayflower 400 programme, and creating a lasting legacy of partnership working within the city.

Mr Hackett will step down from his role as Chief Executive of Mayflower 400 and Destination Plymouth in March following the finalisation of the five-year transformative programme for Plymouth.

Despite being impacted by the pandemic, under Charles’ leadership the Mayflower 400 programme engaged with over 1.3 million people, both in-person and digitally. It helped to bring more than 5.3 million visitors to Plymouth before the pandemic’s impact was felt, and led to media coverage worth over £280 million.

“Charles has not only developed the programme and led its successful delivery, but has also developed lasting partnerships across Plymouth and the other Mayflower 400 destinations, which remain as a positive legacy to his commitment and passion.

“As the Mayflower 400 programme comes to a close we are sorry to be saying farewell to Charles and wish him the very best of luck in his next venture which, I have no doubt, will be a success.”

Charles Hackett said: “Plymouth, and its partners across the UK, US and Netherlands, achieved great things through the Mayflower 400 programme, of which many people can be proud.

“I am so grateful to everyone who partnered, supported and got involved, and I’m grateful to have played my part in leading a programme that has inspired, challenged and engaged so many people.”

Other highlights of the Mayflower 400 programme in Plymouth include:

Cllr Nick Kelly, Leader of Plymouth City Council, said: “As a city we should be incredibly proud of what Mayflower 400 has achieved, and I’d like to thank Charles for his role in helping us to reach these successes.

“From engaging school children to businesses, Mayflower 400 has touched and benefitted many people in Plymouth and further afield over the past five years, and none of this would have been possible without the work of Charles and the Mayflower 400 team.”

Cllr Tudor Evans, Shadow Leader of Plymouth City Council, added: “I would like to express my thanks to Charles, I was part of the team that brought him to Plymouth, and I’m so glad that we did.

“Mayflower 400 offered incredible opportunities for Plymouth, and having seen the opening of the Box, over 40,000 visitors to the Mayflower 400: Legend and Legacy exhibition, and so much positive press coverage for Plymouth across the globe, there can be no doubt that what was achieved has put Plymouth on the map.”

Find out more about Mayflower 400 here.