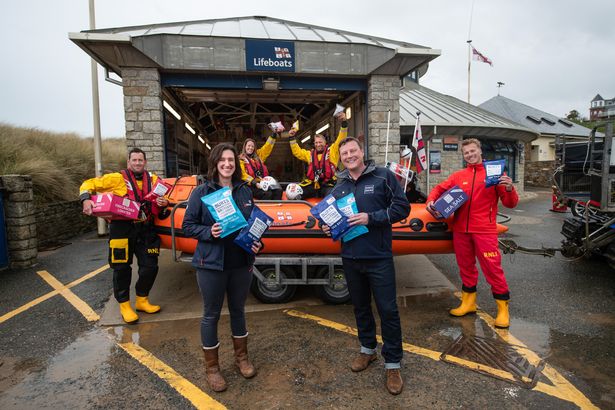 Crisp-maker Burts Snacks is confident of bouncing back strongly during the summer months after sales were hurt by the lockdown of the hospitality sector during the Covid pandemic.

The Plymouth-headquartered company, which also has a key factory in Leicester, suffered when pubs, bars, delis, restaurants and cafes were forced to close during three lockdowns.

But with some key supermarket contracts, the business was able to weather the Covid storm and is now hoping to make up for lost ground.

The company, which invested heavily in both its plants during the lockdown and is planning more investment, is launching a £1m poster advertising campaign in the South West this summer and has some other “exciting” developments planned, though is keeping them under wraps at the moment.

And it comes as the Burts forms a partnership with the Royal National Lifeboat Institution (RNLI), which will see, over the course of two years, Burts raise money for the charity through sales of its crisps, which will be available in RNLI shops, and help it raise awareness of how to enjoy the outdoors safely, and in particular, how to stay safe at the beach.

Dave McNulty, who took over as managing director from David Nairn in 2020, said: “The past 14 months have been a testing time, but the business is quite well insulated.

“The out-of-home trade, and hospitality trade, felt the pain, as we were not able to trade in that area, but our supermarket business insulates us, and that is very buoyant.”

Sales, therefore, remained fairly static, Mr McNulty said, but the firm was able to continue production at its two plants and only furloughed a small number of employees from the sales team, and brought them back quickly.

Burts also invested in its Plymouth and Leicester sites, where it employs a total of 364 people, and Mr McNulty said: “We have put new equipment into both to increase our capacity all round. We work tirelessly on innovation, and work with local ingredients.”

He said the Leicster plant, acquired when Burts merged with Savoury and Sweet in 2019, was key to the operation and said: “It’s going from strength to strength. We have built out capacity at that plant and continue to invest in it. We will invest more at the end of the year. We are delighted with its progress.”

Burts is also now working on some new ideas, which could be about “product, flavours or formats”, but Mr McNulty said they were top secret for now.

He would only say: “We have some really exciting things in the pipeline, looking to build on the strength of the Burts brand.”

But Mr McNulty is very upbeat about the prospects for 2021 and said: “As we emerge, and particularly in the South West, we are looking forward to a fabulous summer as we open up.

“We have a £1m poster campaign this summer in the South West, to further build the brand.”

As part of its partnership with the RNLI, the company, founded in 1997, commissioned research that showed 75% of Brits are expecting to visit a UK beach or the coast between April and September 2021.

The study said the South West is set to be the most visited UK region for staycations this year, with one in seven (14%) of UK holidaymakers planning to visit the region. Yet only 55% of the public are confident that they would be able to float if they fell into open water, said the study.

As part of the partnership, Burts and the RNLI will work together to educate beachgoers on the dangers of the sea by printing its key Float To Live messaging on the packaging of two of the brand’s most popular products, Sea Salt and Sea Salt & Vinegar.

Mr McNulty said: “The RNLI is an organisation which aligns closely with us as a business thanks to our geographical heritage and our love for the outdoors. By supporting the RNLI we hope to play a role in supporting local communities and ensuring people enjoy the summer safely.

Steve Instance, RNLI regional water safety lead for the South West RNLI added: “Partnerships like these are integral to helping us raise the funds and awareness that we need to help reduce risks and save lives across the UK.”