Devon & Plymouth Chamber is supporting the Department for Work & Pensions in helping small businesses get involved in the Kickstart Scheme.

The Kickstart Scheme is a £2 billion fund to create hundreds of thousands of high quality 6-month work placements for young people aged 16-24, who are claiming Universal Credit. We are working alongside the British Chambers of Commerce and is a recognised intermediary in helping businesses access the scheme.

Businesses who want to create fewer than 30 placements can do so via Devon & Plymouth Chamber of Commerce.

The job placements created with Kickstart funding must be new jobs.

Employers must be able to develop the applicants skills and experience, including: 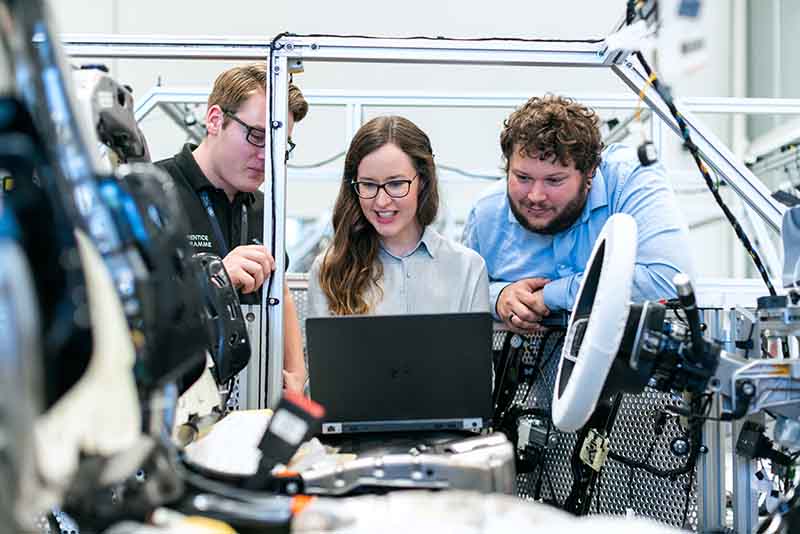 Since the start of the year, the Devon & Plymouth Chamber has seen 708 approved Kickstart placements and helped to fill 308 of those vacancies with local businesses.

Of the Chamber applicants who have now completed their six-month Kickstart placements, more than two thirds (73%) have gone into employment and 11% have gone back into Further or Higher Education.

Thanks to the appointment of our dedicated Kickstart Executive, Kyra Taylor-Reid – who is herself a Kickstart applicant – the process has been executed smoothly for both businesses and young applicants.

And of those applicants who receive wraparound support facilitated by the Chamber, 76% have reported they are satisfied with the support provided.

Stuart Elford, Devon & Plymouth Chamber CEO, says: “The success of the Kickstart Scheme proves how important initiatives like this are to businesses who are in need of skilled-ready workers – particularly as we look to life after the Covid-19 pandemic.

“These Kickstart placements have allowed South West businesses who were not in a position to hire new employees six months ago, the opportunity to train young workers. 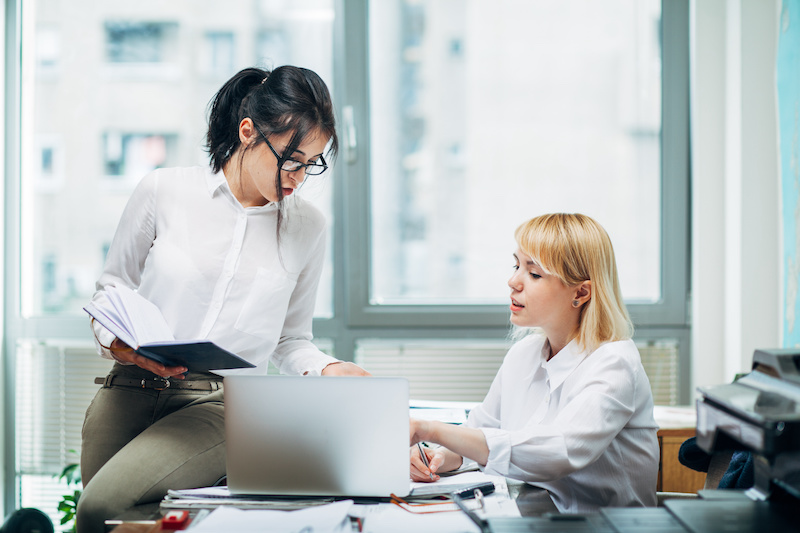 “As restrictions continue to ease, business confidence is growing continuously, which has seen many of these placements become available as permanent positions, providing full-time employment for young people.

“The opportunities that the Kickstart Scheme provides to both businesses and young people looking for work are invaluable and it is helping to address the skills shortage with which firms are currently facing.”

Jasmine is without doubt one of the biggest successes to come from the Kickstart scheme. She started her six-month Kickstart placement towards the end of February 2021 as an Events Assistant here at the Devon & Plymouth Chamber of Commerce.

During her placement, she was given access to a large range of online courses to help her further her skills and progress in the role. Jasmine also worked under the tutelage of more experienced employees and had regular progress checks with these mentors in order to further support her improvement.

The Kickstart scheme and the mentoring, combined with Jasmine’s exceptional work ethic and positive attitude, is what ultimately allowed her to ultimately become our Events Executive. She has since been at the forefront of many large Chamber events such as the Golf Day, our Business Awards ceremony and Net Zero Live.

Kyra began her Kickstart placement with the Devon & Plymouth Chamber in February 2021 as a Kickstart Admin and Accounts Assistant. During her placement, Kyra received extensive on-the-job training from more senior employees at the Chamber. She also had access to a large number of training courses run by Cornwall Marine Network, such as marketing, sales, and content and visibility.

This, combined with her tremendous work ethic and positive attitude, has made Kyra a strong asset to the Chamber, and she is often credited as the main reason we have helped more than 300 young people into Kickstart roles.

Not only has Kyra’s placement benefitted the Chamber, it has also greatly benefitted her. The support from the Kickstart scheme has allowed Kyra to build her confidence in working with employers and conversing with people in the business world. She has also credited her placement for improving her ability to work in an office environment and teaching her new skills.

Kyra’s position eventually advanced into a full-time role as the Head Administrator for the Kickstart scheme, allowing her to further help young people in similar situations to where she was just six months prior. She strongly believes the scheme will be successful in its mission to reduce the chance of long-term unemployment for those involved. Kyra’s progression is a testament to what the scheme can do for a young person when combined with a little hard work and a positive attitude.

Dale started his six-month paid Kickstart placement with Sole of Discretion at the end of March 2021 through the Devon & Plymouth Chamber. During those six months, Dale worked under the supervision of another employee who had extensive experience in similar roles and was given plenty of resources to aid him in his new administrator role.

Dale, like many others, believes the Kickstart scheme will be effective in its goal to reduce long-term unemployment with young people who have taken part, and that it gives businesses a great opportunity to further support young people into long-term employment. He also credits the scheme as the defining factor that allowed Sole of Discretion to effectively train him.

By the end of September 2021, Dale was offered a full-time role at Sole of Discretion which he claims has set him up with a, “career for life”.

Jamie began his Kickstart placement in May 2021 as a production assistant at Bluepoint Tags and Labels. During this time, he worked under the supervision of older, more experienced workers, assisting with the printing process.

Eventually, Jamie took on a more independent printing role, being trained in the use of a narrow web printing press which has allowed him to become a real asset to Bluepoint. His time-keeping has also improved as he received regular advice from senior members of the business, leading to constructive criticism which has allowed Jamie to improve as an employee.

Jamie says he can see that the scheme will be effective in reducing the chance of long-term unemployment with young people involved and credits the scheme for giving him a sense of responsibility. Thanks to his hard work and improvement, Jamie has now progressed to a full-time role after his six-month Kickstart placement through the Devon & Plymouth Chamber.

Bluepoint Tags and Labels says Jamie’s placement has benefitted them as it has given them a chance to “train somebody from the ground up” and “build a long-term, happy, loyal employee”.

Microblading Emporium is one of the many businesses which has used the Devon & Plymouth Chamber of Commerce as a gateway for the Kickstart scheme. Marina Marmolejo, director of Microblading Emporium, says the scheme has more than exceeded her expectations and has greatly benefitted her business. She also says that having the extra support from the Kickstart candidates has allowed the business to progress in ways that wouldn’t have been possible otherwise.

Microblading Emporium employed its first Kickstarter in May 2021 and, since then, has continued to progress and support the future employability of young people. Marina has shown incredible support and confidence in her Kickstarters. Using the wraparound support provided by the Chamber, she has given these young people access to a variety of training courses and given her employees a better chance at future success.

Marina and her experienced Microblading Emporium team also spent one-to-one time with her Kickstarters, practicing future interview questions, building their confidence and making sure all work and achievements they have completed are recorded for reference with future employers. In addition to providing better support for new starters, this also gave existing employees new experience in managing less-experienced workers.

What Is Kickstart? Find out more in this handy guide from the Youth Employment UK team.

What Kickstart Can Offer You

Get valuable experience and extra support to boost your future job and career prospects.

Search for thousands of Kickstart jobs in the UK through ‘Find a Job’ on the DWP website.

Watch: What is Kickstart?

This informative video from the DWP answers the most commonly-asked Kickstart questions.

Find out how the BCC can help individuals and businesses access the Kickstart Scheme.

More information from the Goverment about the Kickstart Scheme and what it can offer you.